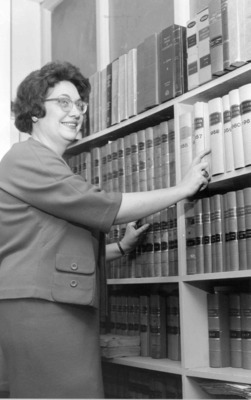 Judy LaMarsh was born in Chatham, Ontario, and grew up in Niagara Falls. Talented and outspoken, she was a true original. LaMarsh enlisted in the Canadian Women’s Army Corps during WWII , serving as a translator in Intelligence with Japanese-Canadian soldiers. After the war, she attended the University of Toronto and Osgoode Hall Law School. LaMarsh was called to the Bar in 1950 and joined her father’s law practice. She would eventually leave the practice to become a Liberal MP in 1960. In 1963, she became the first Ontario female lawyer and the second woman to ever serve in the federal Cabinet. As the Minister of Health and Welfare, LaMarsh pushed for the adoption of the Canada Pension Plan and Medicare. She also served as the Secretary of State during Canada’s Centennial in 1967. LaMarsh left politics in 1968, to become a journalist for the Canadian Broadcasting Corporation and a lecturer at Osgoode Hall Law School. She helped to establish the Royal Commission on the Status of Women in Canada and advocated for women’s rights for the rest of her life. She was once quoted as saying: “There are hundreds of women, from every walk of life, who would go into politics with some party encouragement.” The Liberal Party created a fund in LaMarsh’s name to provide financial support to female federal Liberal candidates.

The Honourable Judy LaMarsh shortly after being sworn in as Canada's Minister of National Health and Welfare, 1963. Photograph by Gordon Counsell. Courtesy of the Niagara Falls Public Library.