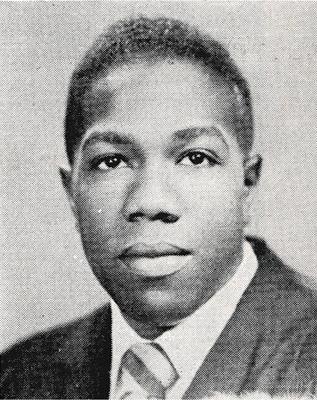 The son of West Indian immigrants, Leonard Braithwaite grew up in the Kensington Market area of Toronto during the Great Depression. He enlisted with the Royal Canadian Air Force during WWII, and served with No. 6 Bomber Command in England. Upon leaving the Armed Forces, he earned a degree in commerce from the University of Toronto, a Master of Business Administration from Harvard Business School, and a law degree from Osgoode Hall Law School. He was the editor of the Obiter Dicta, the elected student body President, and won the Gold Key Award upon graduation. In 1960, Braithwaite embarked on a successful political career in Etobicoke. He was the first black person elected to the Etobicoke Township Board of Education and alderman on the Etobicoke Council. Braithwaite became a Member of Provincial Parliament in 1963, the first black person in Canada to do so. During his inauguration speech, he spoke out against segregation in Ontario schools and was instrumental in its abolition in Ontario. Just a year after his speech, the last segregated school in the province closed for good. Braithwaite served as MPP until 1975. In 1999, he became the first black bencher elected to the Governing Council of the Law Society of Upper Canada.

Request an Accessible Copy (link opens in a new window)