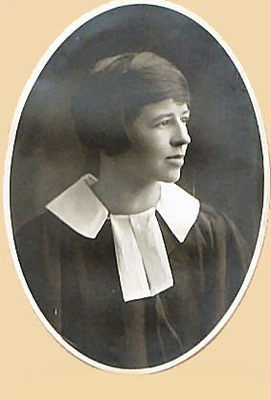 Vera Parsons was the first female criminal defence lawyer in Ontario, likely the first woman to appear before judge and jury, and the first to defend an accused murderer. A great fan of litigation work, especially at the appellate level, Parsons practised criminal law at a time when it was seen as particularly unsuitable to women. Parsons, the daughter of a Simpson’s department store executive, was a highly educated woman, holding a Bachelor of Arts degree from the University of Toronto and a Master’s degree in Comparative Languages from Bryn Mawr College. In 1924, she graduated from Osgoode and became the first woman whose academic accomplishments earned her the Osgoode Silver Medal. Parsons was also one of the first female lawyers in Canada with a disability, requiring a cane after having contracted polio as a child. In 1944, she became only the third woman to be named King’s Counsel.