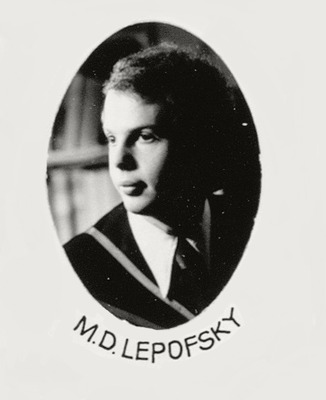 David Lepofsky is a blind lawyer and disability rights advocate. While an articling student, he was part of the Canadian National Institute for the Blind delegation, which appeared before the Special Joint Committee on the Constitution of Canada and helped to ensure the inclusion of disabled people under the equal rights provision of the Charter. As head of the Ontarians with Disabilities Act Committee, Lepofsky also played a critical role in the passing of the Ontarians with Disabilities Act (2001) and the Accessibility for Ontarians with Disability Act (2005). Lepofsky has more recently become famous for his two cases against the Toronto Transit Commission, which have made it mandatory for all stops to be announced on subways, buses and streetcars. He has won numerous awards for his human rights work – which he does on a volunteer basis in addition to his work as a criminal lawyer – including the Order of Ontario as well as the Tom Marshall Award of Excellence for Public Sector Lawyers in 2008 and the Osgoode Alumni Gold Key Public Sector award in 2011.