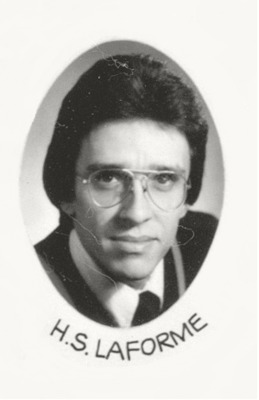 Justice Harry S. LaForme is a member of the Mississaugas of New Credit First Nation located in southern Ontario. He was born and raised on his reserve where his mother and some of his family continue to reside and remain active in that First Nation’s government. His early years were spent on a reserve in Hagersville, where his father, Maurice, and grandfather ,Sylvester, known as “Big Pat,” were chiefs. LaForme’s older brother, Bryan, holds that position today. Maurice moved the family to Buffalo, where Harry, who loved basketball, became involved in championing youth through coaching a local team. Harry went to technical school and became an engineer. LaForme graduated from Osgoode Hall Law School in 1977 and was called to the Ontario Bar in 1979. In 1991, he was appointed as Chair of the Royal Commission on Aboriginal Land Claims. He taught the “Rights of Indigenous Peoples” law course at Osgoode in 1992 and 1993. LaForme was appointed to what is now the Superior Court of Ontario in 1994. He broke new ground by ruling in favour of legalizing same-sex marriage in 2002. He was appointed to the Ontario Court of Appeal in 2004, becoming the first aboriginal person appointed to an appellate court in Canada.