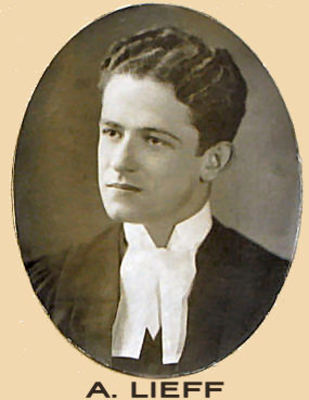 Abraham (Abe) Lieff was the first Jewish justice of the Supreme Court of Ontario and, as such, was also the first person to be sworn in wearing a yarmulke and holding the Old Testament. Born in Antopol, Poland (now Belarus), Lieff emigrated to Canada when he was just one year old. After graduating from Osgoode in 1926, Lieff joined his brother’s practice in Ottawa where he specialized in family law (at a time when divorces could only be obtained through special acts of Parliament). In 1963, he was appointed to the Superior Court of Ontario and, as a judge, pioneered the use of pre-trial conferences for mediating child custody, spousal support and other contentious disputes outside of the courtroom. Lieff’s contributions earned him the title of “Father of Ontario Family Law.” He was an example for generations of Jewish lawyers in Canada who aspired to leadership positions in the profession.