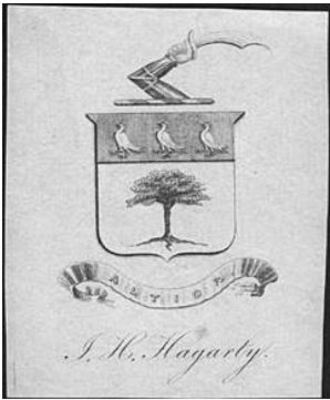 Sir John Hawkins Hagarty was born in Ireland and came to Canada in 1835. He was called to the bar of Upper Canada in 1840 and in 1856 was appointed a puisne judge of the court of common pleas, the beginning of a long career as a judge in Upper Canada. In 1884 he was made chief justice of Ontario. He retired in 1897 and was knighted the same year. (Wallace).