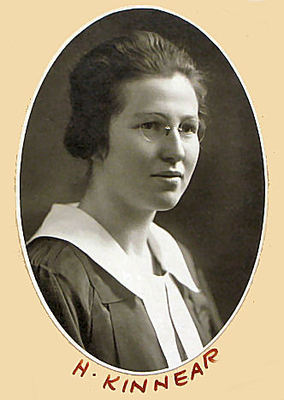 Described as generous and self-effacing, Port Colborne native Helen Kinnear was the first federally appointed woman judge in Canada. Before attending Osgoode Hall Law School, she received a BA from the University of Toronto in English and History. She set up practice with her father and participated in numerous Liberal political associations. She was even nominated to run as a federal candidate but declined. Kinnear was the first woman to plead a case in the Supreme Court of Ontario, the first woman to be appointed a King’s Counsel in the British Commonwealth (1934), until finally she became the county court judge for Haldimand. She also served on the Council of the Canadian Bar Association, was the honorary president of the Women’s Law Association of Ontario, and was appointed by the Province of Ontario as a member of the Minister’s Advisory Council on the Treatment of the Offender. In 1965, she became the first woman to receive a medal from the John Howard Society of Ontario in recognition of her contributions to the profession and concern for the rights of the offender.