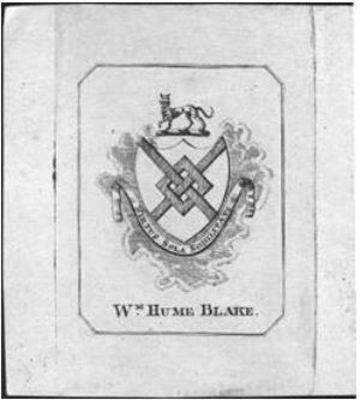 William Hume Blake was born in Ireland and came to Canada in 1832, settling in Adelaide township in the county of Middlesex. He removed to York about 1835 to study law and was called to the bar three years later. He was elected to the Legislative Assembly for East York in 1847 and the following year he became solicitor-general for Upper Canada. He became chancellor of Upper Canada in 1849 and kept this post until 1862. He accepted a judgeship in the Court of Appeals in 1864. (Wallace).