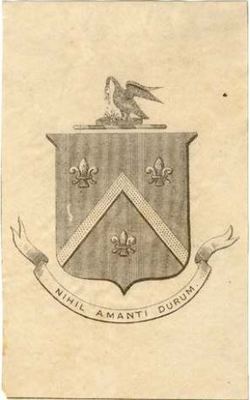 James Reid was born in Scotland and came to Canada around 1788. He was called to the bar of Lower Canada in 1794 and in 1807 was appointed a judge of the Court of King’s Bench at Montreal. He had become a Chief Justice by 1825. He became a member of the Executive Council in 1838, but resigned from these duties and from the bench a few months later. He married William McGillivray's sister, Elizabeth in 1808, and in 1810 purchased a large property from the notary, Pierre Panet situated in the Faubourg Quebec in Montreal. He handled a great many of the North West Company's contractual matters, as well as the considerable amount of litigation involved.